Why Women Need Their Girlfriends

This is just a beautiful reminder posted on another blog and I had to share it because two beautiful friends and sisters of mine shared it with me.
~~Mia~~
THE BLOG

Why Women Need Their Girlfriends

Years ago, I was at the beach with my family when I noticed a group of ladies nearby who appeared to be in their 50s.

With a quick glance, I knew they were on a girls' weekend. All the signs were there -- coolers and cocktails, beach bags with romance novels, straw hats, umbrellas in the sand -- but most telling of all was their laughter. Lots and lots of laughter, the kind that draws attention and curiosity from anyone in earshot.

I loved watching these women enjoy each other's company. Although they were older than me, and well past my season of life in having babies, I could imagine being in their shoes one day, basking in the glow of old friends who still made me feel young again.

That afternoon, I saw two of them in the elevator. When I commented on how much fun they seemed to have, they smiled and nodded. One replied, "Oh, we do have fun. We've kept this beach trip going for 20 years and have been through everything -- divorce, death, cancer, unemployment. Don't ever lose touch with your girlfriends, sweetheart. The older you get, the more you'll need them."

The conversation left an impression on me. While I'd always treasured my girlfriends, I'd never thought about needing them more with age. And if I'm being honest, it's only been in the last year or so that I've taken their words to heart.

Because now that I'm in my 40s, I'm seeing how real divorce, death, cancer, unemployment and other major life problems are. I understand what they meant when they emphasized the importance of girlfriends, as my age group faces hardships we couldn't imagine when we were young and carefree.

Last February, I found the advice these women gave me really validated when my dear friend Emily, whom I met when our daughters became friends, lost her husband Joe in a plane crash. Emily and Joe weren't just any couple -- they were the couple who had been best friends since age 15, whose incredible love story was still going strong. What they had was special. To have it end early and suddenly was unfathomable, unfair and hard to comprehend.

Joe's death impacted a lot of people hard, and throughout their home there was so much sadness and grieving, so many heavy hearts in one place. In the midst of this tragedy, however, there was also so much LOVE. You could feel the Holy Spirit everywhere, working in Emily and the people surrounding her.

As I left Emily's house the day after Joe's death, I sat in my car and reflected on everything I'd witnessed. One thing I kept thinking about were the women in Emily's life, and how amazing they'd been. It wasn't just the food being carted in, the affection showered on the family, or the fact that so many people had dropped everything to drive or fly to Birmingham. It was the way Emily's village came together, how friends from every stage of life were represented (adolescence, college, law school, work and motherhood) and howwell everyone knew her.

And because they knew her well, they could do a lot to lighten Emily's load.

When I arrived at Emily's house the morning after Joe's death, for instance, someone asked if I'd write his obituary. I agreed, of course, and was given the names of surviving family members to start with. Since Emily was meeting with her pastor about the funeral, I began the obituary with the help of four friends who'd known Emily and Joe for decades. My intention was to write a rough draft and let Emily fill in the blanks.

But guess what? Emily didn't have to fill in blanks, because her old friends filled in the blanks for her. Together they recalled pertinent details of Joe's life: the special dates he planned with his daughters, how he graduated first in his law school class, which law firms he'd worked with, his role as basketball commissioner, his love for their church mission trip to Maine -- the list goes on.

As they talked and I typed, I found myself wondering: How many people have friends who could write their husband's obituary? What does that say about Emily and her relationships?

All over Emily's house, huddles of women were taking care of business. As I passed a group from her church, I heard them planning the visitation and family luncheon before the funeral. "Emily wouldn't like that, but she would like this," they said. "Why don't we give her option A and option B?" When Emily emerged from her meeting with the pastor an hour later, the legwork was done. She was given an obituary to proofread, options for Saturday and updates from friends handling small matters so Emily could reserve energy for big ones.

Our girlfriends can't save us, for only God can do that, but girlfriends can help make a tragedy bearable. They can read our mind and our emotions, intuitively recognize what needs to be done -- then do it. They can listen, empathize and show compassion. They can be used by God to comfort us and provide a timely shoulder to cry on.

It's hard to nurture friendships when you're busy raising kids. Some days, I don't have the time or energy. But one thing I've learned from watching Emily cope with her loss is how having strong relationships in place before a tragedy occurs enables the healing process. While faith keeps you standing, friends and family hold your hand as you slowly move forward. They help you find a new normal.

They meet you for yoga, bring Starbucks to your home, take your kids for ice cream, plan a girls' beach trip for your Mother's Day, get your dog groomed, text words of encouragement, continue coming to town to check on you and show love in a million heartfelt ways.

"Don't ever lose touch with your girlfriends, sweetheart. The older you get, the more you'll need them." The women in the elevator that day were spot on. And now when I see a group like them having fun, I realize the laughter is only part of the story, what comes after the complicated grown-up stuff. And while we certainly need the wonderful men in our lives, for they play a crucial role, too, men simply aren't designed to understand us like one of our own.

Having great friends is largely a matter of being a great friend. The reason Emily's circle is so strong is that she invests in her people. And in her greatest time of need, she reaped the benefit. I hope this story comes as a friendly reminder of why girlfriends matter in good times and bad, laughter and tears, and through the highs and lows that reveal who's with us for the long haul, and who's willing to share in our suffering so that one day, when we're laughing again on the beach, there will be a history that makes the laughter sound richer and stirs the curiosity of anyone in earshot.

This post originally appeared on karikampakis.com. Find Kari on Facebook or check out her upcoming book, 10 Ultimate Truths Girls Should Know, to be released by Thomas Nelson in November 2014. 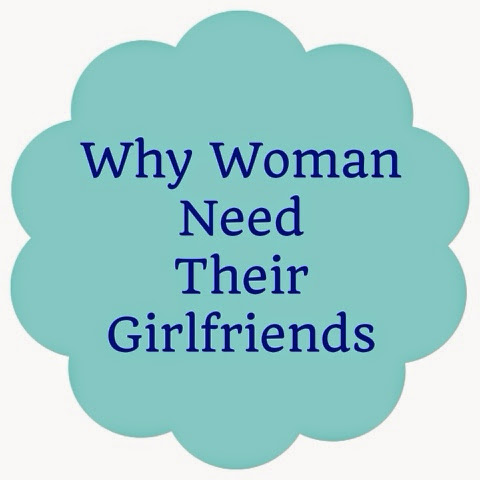 Curtains Around the Bin for the Win - Conduit and Curtains 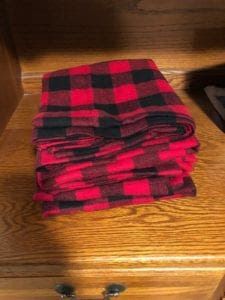 Momma Mia
Proud mommy, wife, sister, and daughter! Hoping to share and build this blog as a place of uplifting words, encouraging thoughts, money saving DIY projects for around the home and everywhere else with the object of saving money and really just having fun!!!!! Visit often, comment and suggest, build and we will grow together! Excited to start this new project!